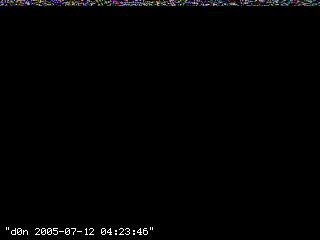 I downloaded drivers for my old aiptek cam, so i guess i have a webcam now. 90s, here i come!

lady with the megaman tattoo

"vitamin b12 and vegan diets" by stephen walsh
"What every vegan should know about vitamin B12
Very low B12 intakes can cause anaemia and nervous system damage. The only reliable vegan sources of B12 are foods fortified with B12 (including some plant milks, some soy products and some breakfast cereals) and B12 supplements. Vitamin B12, whether in supplements, fortified foods, or animal products, comes from micro-organisms."
link

please, don't vote for our cousin!

a website by ppl who are related to george w. bush and are voting for kerry :D
www.bushrelativesforkerry

the ti-99/4a was my first own computer, even before i had the c64. it's simply not possible to put more style into a computer than bill cosby does!

video of president joking about non-existent weapons of mass destruction

"Remember when the President delivered a rip-roaringly funny monologue about not being able to find weapons of mass destruction? Here's a video clip of the event, interspersed with the not-as-funny consequences of the President's mistaken insistence that there were WMDs in Iraq. Link (Thanks, Gregory!) - Mark Frauenfelder" [via boing boing]
link

a crossplatform tracker to make atari xl/xe tunes on a pc. although it's windows only, it seems to rock.
link

playing monkey island 1 in scummvm and talking about it on irc. at 2:19am. the story of my life.
picture

telnet client with zmodem for linux

" BTERM is a small VT320 terminal emulator to be used as a telnet/ssh client or with modem/ISDN.
[...]including for example internal HYDRA, Zmodem and Kermit, C-alike script language, TCP/IP support (telnet, ssh and raw socket).."

"..unless you have a fetish for visibly polygonal cartoon breasts and women who appear to be wearing giant "censored" signs below their waists." ;)

actually, i played the leissure suit larry 8 demo, and it sucked. it fits so perfectly into our modern world that it makes me cry. they changed the childish, ambiguous humor into something that's not even funny. :/

Yeah! It's the first 4 movies of the best series EVER, on 2 DVDs. And they are all mine!

at the gas station.

my mode and my modus.